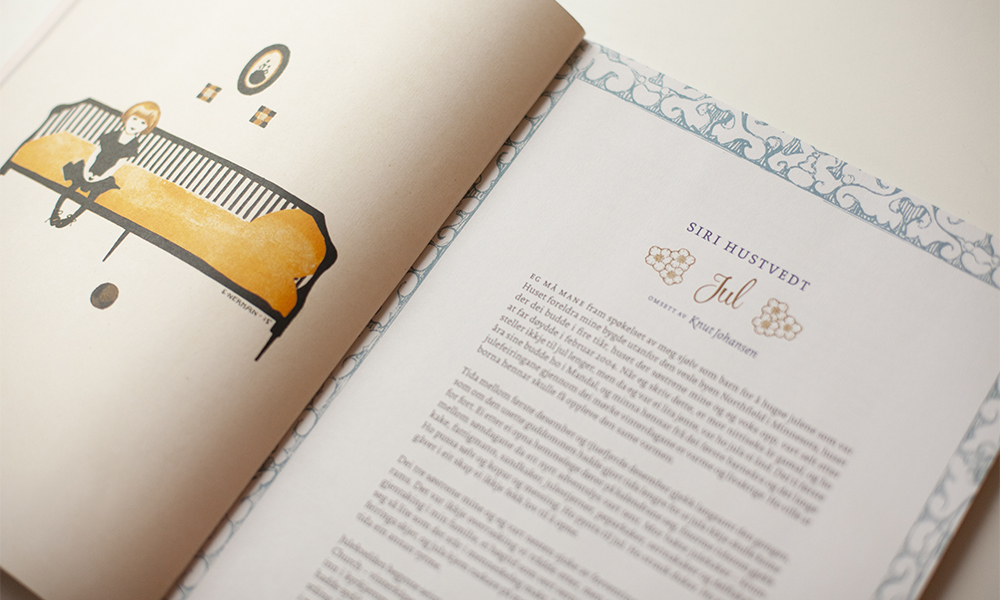 I must call up the ghost of my child self to remember Christmases past. The house my parents built outside the small town of Northfield, Minnesota, the house they lived in for four decades, the house where my sisters and I grew up was sold after my father died in February of 2004. As I write this, my mother is ninety-six years old, and she is not making Christmas anymore, but when I was a girl, she was its spirit. She spent her first ten years in Mandal, and her memories of her early life and the extended Yuletide celebrations during the dark winter days remain sweet and vivid. She wanted her children to taste the same sweetness.

The period between December first and December twenty-fourth passed slowly then, as if the unseen deity had expanded time to delay the arrival of Christmas. One by one, secret doors opened on calendars. Vast temporal spaces passed between Sundays when another Advent candle was lit. My mother baked cookies—krumkake, fattigmann, sandkaker, julestjerner, pepperkaker, serinakaker, julestjerner, and delfiakake. She polished silver and copper and brass. She decorated the house. She ironed tablecloths. She hid presents in a closet we were not allowed to open.

My three sisters and I were nearly sick with anticipation for what we already knew by heart. It wasn’t surprise we craved but re-enactment. Christmas was and remains repetition in my family, a holiday jealously guarded as one that is meant to change as little as is humanly possible. Now the celebration happens at my house in Brooklyn, which seems to come upon me more quickly every year. But in my childhood, time moved to another rhythm.

Christmas Eve began in the late afternoon with a service at St. John’s Lutheran Church—heavy coats, scarves, and hats were left on hooks before the family filed into the sanctuary, the parents and four blond girls in matching dresses their mother had sewn for them. Then came the long dull hour of choral mumbling, of sitting and standing, of listening to the minister drone words that always induced in me a vague feeling of guilt, relieved by welcome, familiar hymns, until finally, the organist began the postlude, and the congregation woke from its liturgical trance. Chatter. Laughter. Merry Christmas. Then the drive home in the car, more and less snow out the window, a wide darkening sky, variably frigid temperatures, and excitement traveling from one sister’s body to another’s.

The table’s centerpiece: A miniature mountain cabin, cotton balls for snow, pine tree sprigs for trees, a mirror to play the part of a frozen lake. Nisser at work and play—one on skis, another with a tiny axe and his chopping block, and my favorite, a skater reflected in the glass below. A little world in our world. Tall red candles, crystal angels that shone in the light of the flames from the fireplace where my father burned the largest log he could find in the woodpile beyond the house.

The dinner: pork ribs, boiled potatoes, surkål, tyttebær, carrots and peas and, when my farfar was alive and joined us after church with my farmor, lutefisk, which the rest of us found repugnant (my mother, too, who had never tasted it until she arrived in the States), riskrem for dessert with raspberry sauce, and the coveted almond, which brought a prize of a marzipan pig or chocolate. Years later, my mother confessed she had cheated in the name of justice, placing the nut in the dish of the one she felt needed it most: “Didn’t you ever wonder why I never got the almond?” Alas, we had never wondered. When she stopped cheating, she found it two years in a row. Justice as chance.

Jule Evangelium: Mathew. My father read from an enormous black Norwegian bible with gold accents, the privilege of patriarchy. (No one questioned it.) The same story, exactly the same words, the comfort and the strangeness. The baby God. A Virgin (I had no idea the word designated sexual status.) The animals. The star and the shepherds.

Lighting the candles on the tree.

The last candle blown out by one of us, usually my sister Liv because she had the best wind.

When my Jewish husband first witnessed a Minnesota Christmas, he thought he had fallen in with a mad family, a group of adults who acted out childish rituals with a delight that struck him as preposterous. That was before grandchildren were born. I was twenty seven. My youngest sister had turned twenty-one. Both my parents were still in their fifties. But in time he came to love what had seemed nonsensical. After thirty-eight years of marriage to me, he is a full-fledged Christmas enthusiast and the father of a grown up daughter who calls herself a Jewegian.

It is worth asking: What is it that we love? Not one of us is religious, and yet, we cling to these Christmas repetitions forged over time. Beloved people have died. All four sisters have husbands. One husband was added, subtracted, and replaced by another husband. Children have grown older. The Jewegian is taking a spouse of her own. He too has a Jewish father and a gentile mother. Now our time at the Christmas table drags on in conversation because the youngest among us is a knowledgeable teenager and has lost his desperate need to open presents before he explodes with lust.

I do not bake the cookies my mother baked. I haven’t made marzipan for several years. One year I forgot the surkål—to the family’s shock and consternation, even though many of them don’t even like it. Our children haven’t learned all the words to the Norwegian songs, just a few phrases here and there. New York is not Minnesota, and yet, the menu, the almond and prize (sometimes cheated, sometimes not, depending on shifting states of justice), the singing and dancing, the blowing out of the last candle, the opening of presents, the consuming of cookies, chocolate, and various other treats—these do not change.

“Ritual,” wrote the philosopher Susanne Langer, “begins in motor attitudes, which however personal, are externalized and so made public.” In other words, ritual is a form of bodily performance with and for other people, the meanings of which become shared. What matters is sameness over time for those who are somehow bound as one. My husband, like the anthropologist, was startled when he stumbled over the rites of a foreign tribe—the Norwegian-American family clapping their hands, hopping, waving, and bowing as they sang and circled a pine tree they had brought inside a house and embellished with candles and trinkets. What seems natural to the insider may well look peculiar and exotic to the outsider. We, all of us, should beware of parochialism.

Ritual may be strangling or liberating. There is a balance to be found between the safety of the known and the excitement of the unknown. After all, Nordic Christmas was created from the pagan rites that preceded it. A Christian layer was applied to the winter solstice, the seasonal turn from darkness toward light. The seasons repeat. We repeat. As the years turn from one into the next, strangers become beloveds. The circle widens. Our gestures, words, and songs retrace the gestures, words, and songs of those who have died and of our former selves, the children we were. In Christmas rituals we dance with our ghosts. 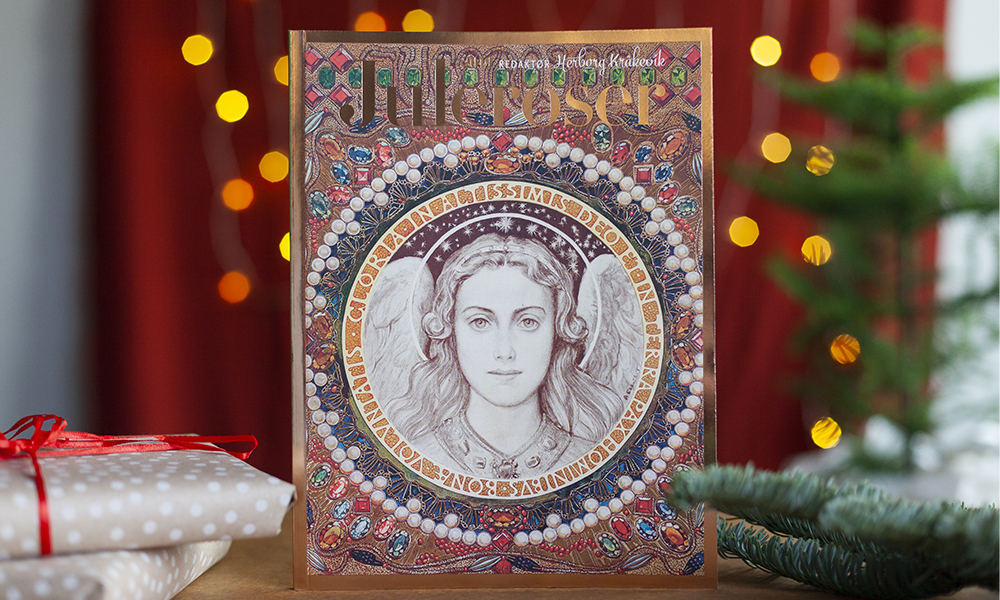